The TWS25/Waldorf 100 anniversary video project is the work of many hearts and minds. One of the initial sparks for this idea came from TWS parent and fresh! committee chair Sariya Jarasviroj Brown, who brought the idea to a M.O.R.E. (marketing, outreach, retention, and enrollment) meeting, where it truly caught fire. Sariya’s inspiration came from many sources—different community members wanting to share stories and honor the school’s founders, attending Jennifer Fox’s biography workshops, and talking with Dr. Joaquin Munoz about his work with Linda Braun’s class. From this trifecta of inspirational sources, Sariya realized the story of the school must be told.  Sariya says she has lived her life, “in service of sharing important stories–believing that in listening, hearing, and relating these stories–I help to draw communities together.” Working closely with the M.O.R.E. committee, Seth Pepper was hired as the videographer for the project. Today, we will share a little of his background and inspiration. 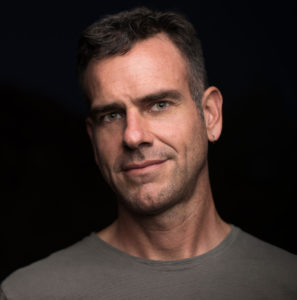 LL: Tell me a little about yourself and your work.

SP: I’ve always been interested in “the story” – I look at life as living stories.  I see networking and marketing as the same thing – finding commonality between everyone’s stories.  I like to cross- reference these stories and introduce people that way.  It’s interesting to me that it’s of value since it’s just like breathing to me…it’s just how I work.  I want to help people share their story.  I’ve used various technologies and platforms trying to introduce strangers to each other.  I used to be one of the best swimmers in the world, even though I only started swimming at 14, because it was my passion, not that of my parents or anyone else.  I also taught my little brother to swim starting when he was 17, and he, too, won a National Championship.  We grew up in a Bohemian family in Oregon, and were totally self-taught.  We found the tools to do things ourselves and persevered at living out our dreams.  Now, I’m hoping to share what I consider to be my “10 pillars” of success to help others realize their dreams.

LL: How did you get connected with TWS?

Sometimes it sneaks up on you.  Before I had kids, I heard about it from a visitor from California. I looked it up, but it seemed very expensive and I didn’t have kids, so I just left it.  My wife, Megan, became more familiar with it after our kids were born.  One pivotal experience was when her niece came to live with us at the age of 10.  We took her to the TWS Harvest Festival, and it was amazing.  The kids were playing capture the flag at night and here is this complete stranger and, by then, a teenager!  The teacher called all the kids in and introduced our niece and there was instant camaraderie …almost like a long lost friend.  At that moment, I said, “whatever that is, we need to be part of it.”

LL: How did you get involved in the Tucson Waldorf 25th Anniversary project?

SP: We started in the Quail’s Nest and our oldest is 7 now.   As we spent time with people in our Waldorf program, we started getting more familiar and curious about the organization’s story.  Jennifer O’Brien said it well…. You can’t find an elevator pitch for Waldorf; it doesn’t exist.  It is a conundrum for communicating about the program.  Everything about it is different; there’s a group consensus feeling.  It’s always been my passion to capture glimpses of the stories, and I feel blessed and honored to be involved in this project.

LL: Have you done other similar video projects in the past?

SP: I worked with “Youth On Their Own” [YOTO] to produce a series of interviews in a feature video for their big gala event.  There were three or four primary subjects – totally amazing kids and stories!

LL: How do you design a 2-min video profile?

I created a structure that relies heavily on preproduction (logistics).  I also try to respect people’s time, our interviewer asks a simple engaging question, and maintains eye contact.  We offer maybe 2 questions, if needed, but mainly we just try to get out of the way and let them go.  And we just have a casual conversation.  We have 30-35 minutes for each interview.  There is an incredible team of people to assist every shoot date.  We like to establish credibility first thing, but then it’s important to give people the space they need to tell their story.

LL: Can you give a sneak preview of the fresh! video without giving anything important away?

SP: It will be 8 to 10 minutes long and will be a nice compilation, cross-pollinating all the individual videos that I’m producing.

LL: What is the one thing you want your audience to take away from the video at fresh!?

SP: Just that Waldorf is wonderful on so many levels.  It just keeps giving and you can keep digging.  You can find never-ending inspiration and depth.  It’s like John Keeney’s description of jump-roping: on surface it’s simple, but there is sophisticated math underneath.

LL: Thank you for your time and for doing this great project for Tucson Waldorf School.