Skip to content
We are deep into play season at Tucson Waldorf School, and most recently enjoyed the performances of Grades 7 and 8 as they came together to produce The Hobbit. This play was different not only because two grades were combined but because the stage traveled, much as the story did. In this case, the stage was the back nine and jumble area of campus, with the story beginning in the far back, then traveling to the fire pit, then the jumble.
All who were lucky enough to watch the play agree that the acting, costuming, set design, and overall production of the play were very well done and the play was enjoyed by all.  As Grade 7 teacher Mr. Doyle expressed to his class parents, “The play was a great success.  The seventh and eighth graders rallied their energy and performed beautifully.  Before our first performance it seemed like it might be a disaster but we experienced the magic of the theater and it all came together.  Well, it felt like magic.  However, it was not unexplainable forces that created something from nothing.  The students put out so much effort. They engaged in the tremendous hard work of showing up and enduring the heat, dust, and sometimes boredom of rehearsals.  They took on the tough tasks of memorizing lines and stage directions and worked together as a group.   This hard work is a forging in their souls of a person who can make the seemingly impossible happen.  Their capabilities grow and I am immensely proud of them.”
Some photos and a short video excerpt from one scene are below, as well as a list of cast and credits. Thank you to all who were a part of this fantastic production! 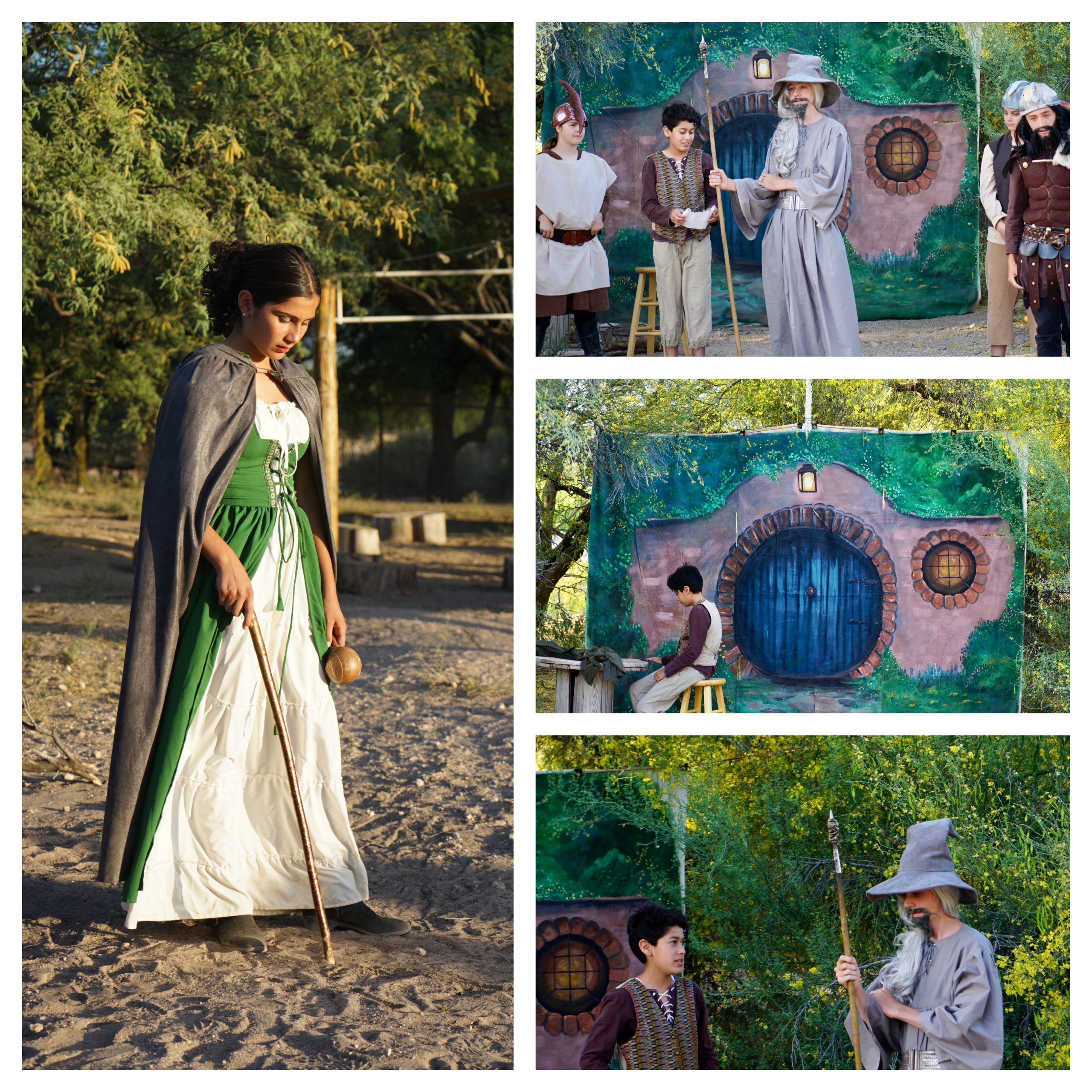 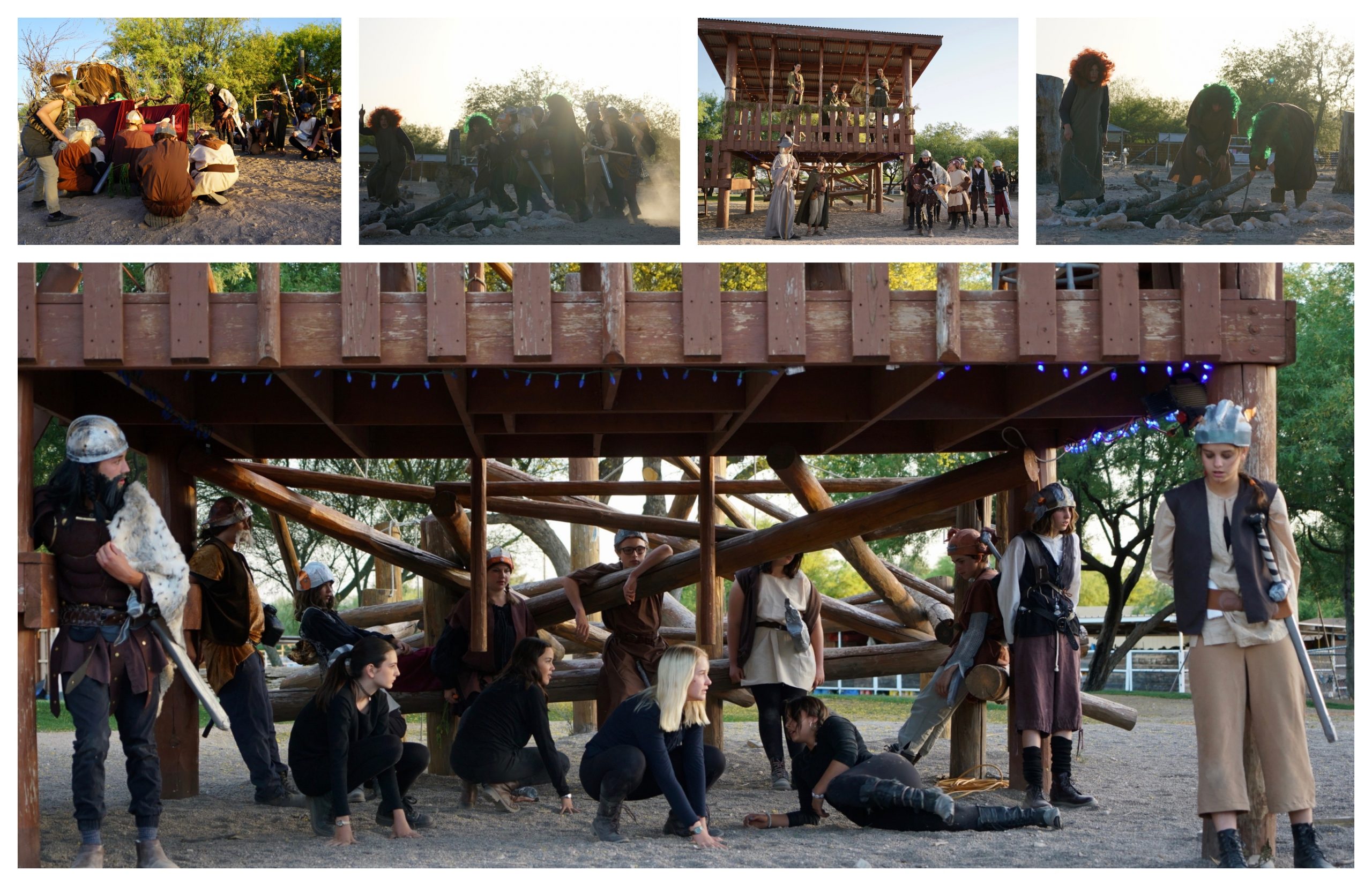 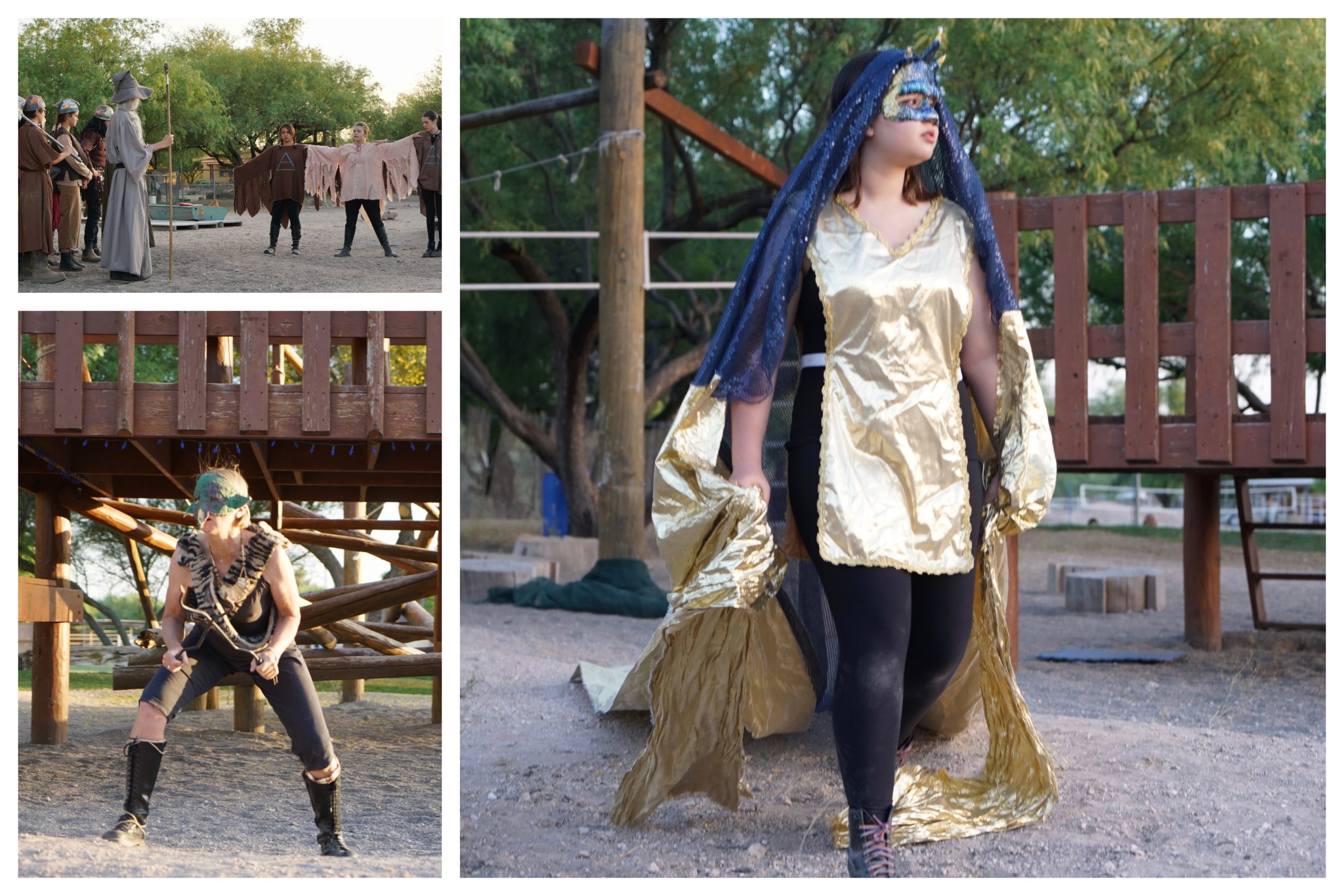 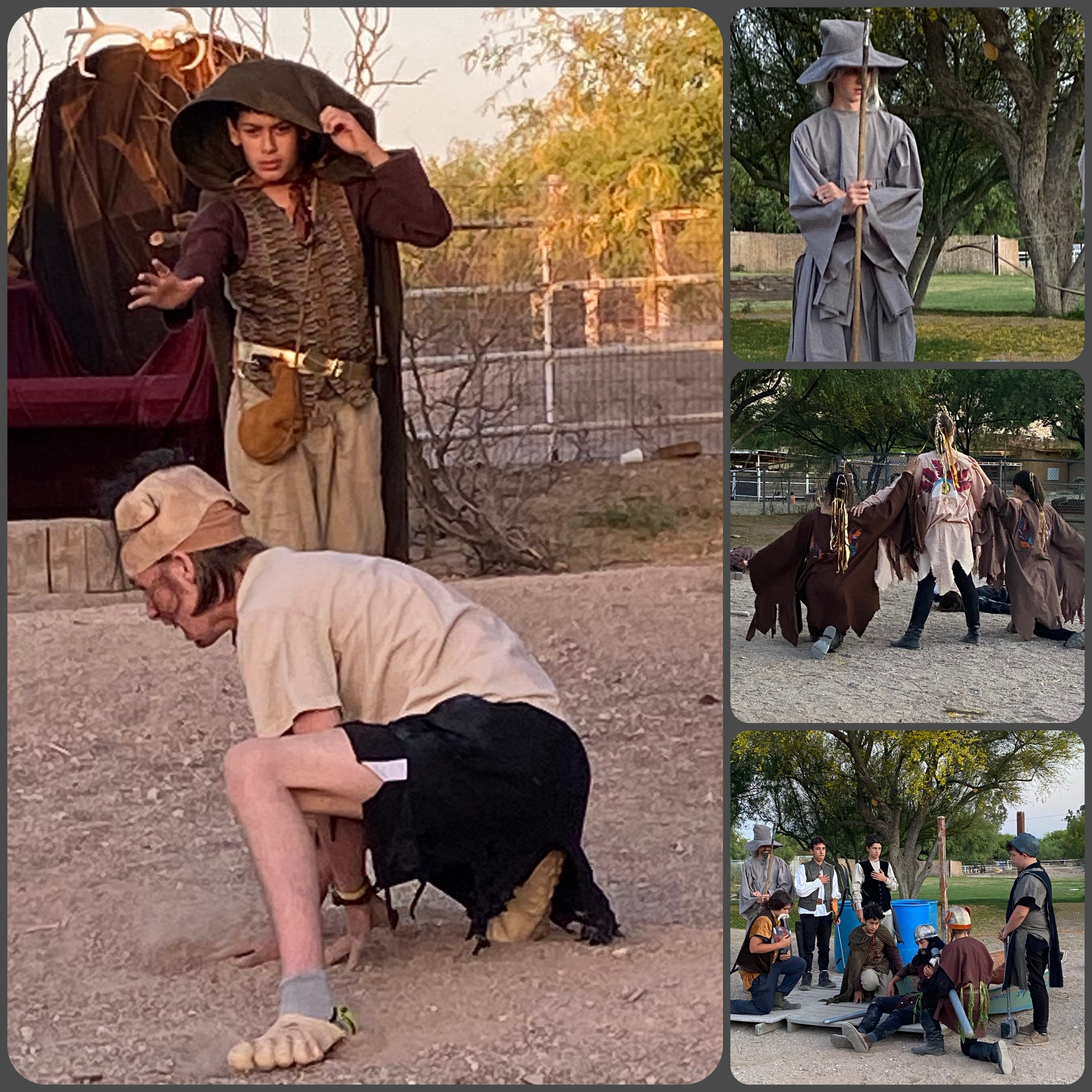 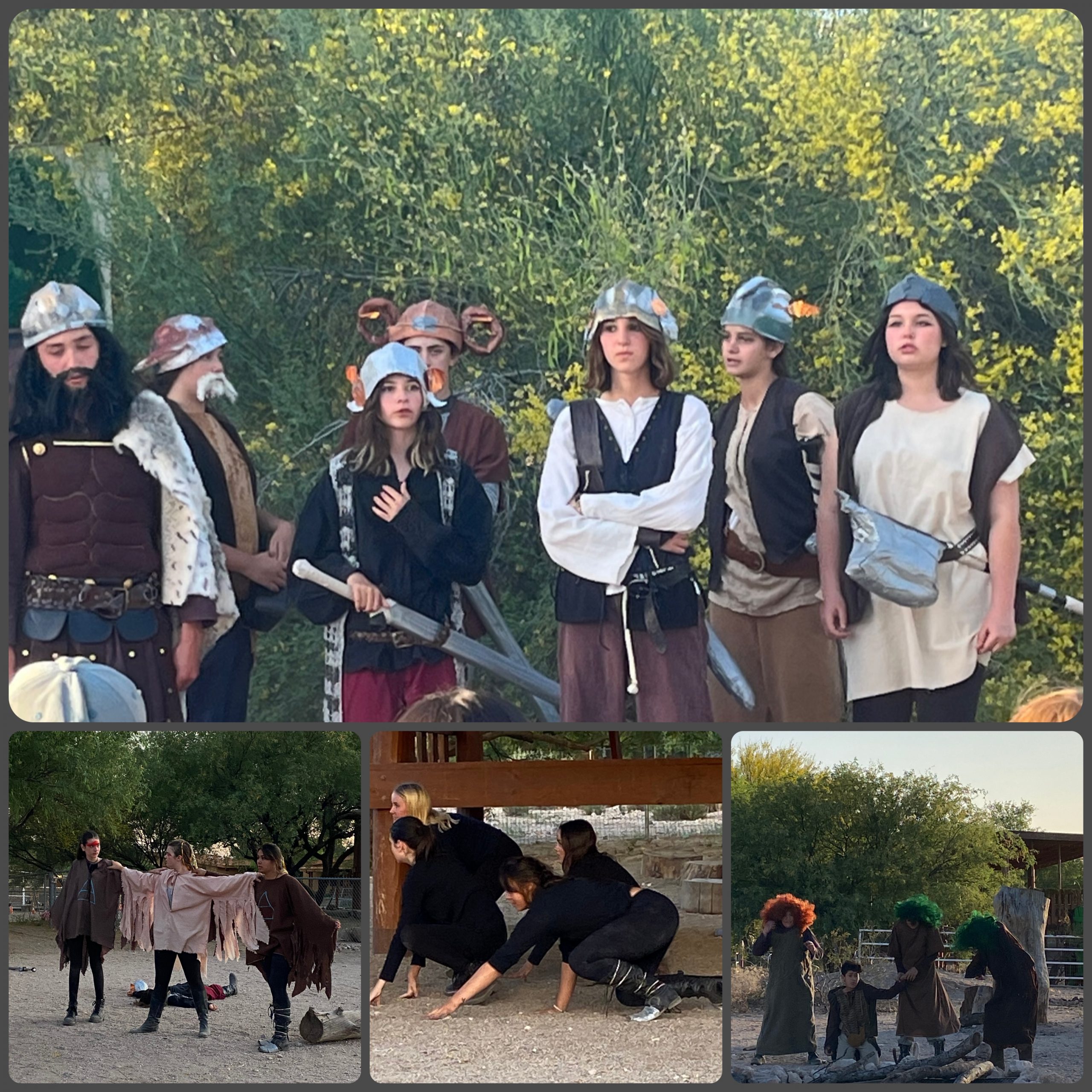 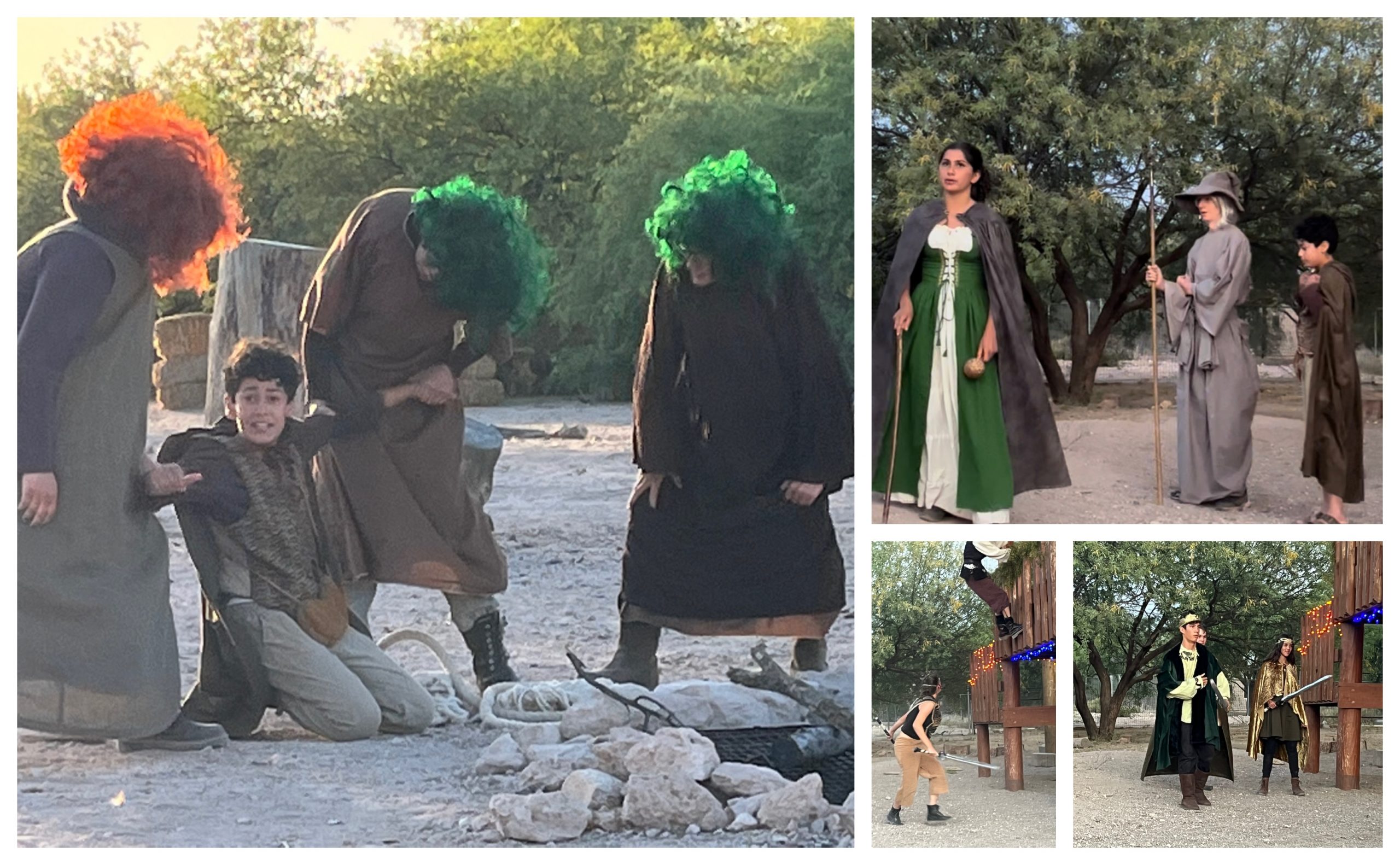 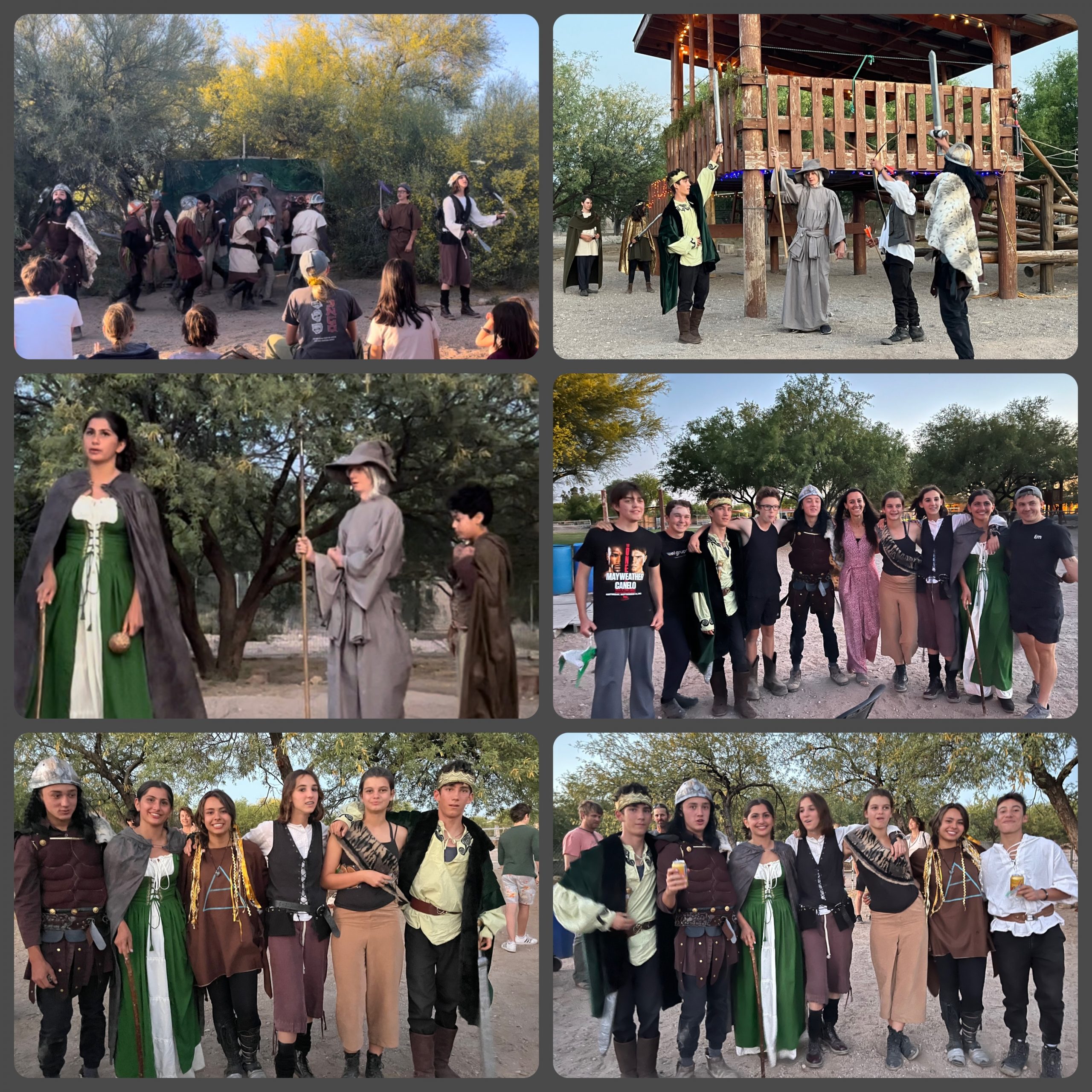