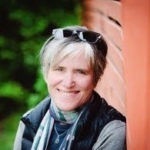 From Africa’s heart, we rose

Already a people, our faces ebon, our bodies lean,

Crushed by forces we knew nothing of, we rose

Survive we must, we did

Above everything expected, we rose

To become knowledge we never knew,

We Rose was written by artist and writer Kristina Kay Robinson at the age of 9. In the years since she has gone on to write, produce and perform numerous productions recognized nationally and abroad.

On June 17th, 2021, President Joe Biden signed the Juneteenth National Independence Day Act into law establishing Juneteenth as a federal holiday. I remember seeing posts on social media last year, where there was some confusion among my friends who didn’t grow up in Texas. My Texas friends were not confused at all. When we were in high school in 1980, Juneteenth became an official state holiday through the efforts of Al Edwards, an African American state legislator. The successful passage of this bill marked Juneteenth as the first emancipation celebration granted official state recognition. Edwards has since actively sought to spread the observance of Juneteenth all across America.

According to the website dedicated to this national holiday, https://www.juneteenth.com/ it is the “oldest nationally celebrated commemoration of the ending of slavery in the United States”.  On June 19, 1865, Union soldiers, led by General Gordan Granger arrived in Galveston, Texas to let everyone know that the war had ended and that the enslaved were free.  This news was two years late in getting to the people of Texas, for it was on January 1, 1863, that President Abraham Lincoln signed the Emancipation Proclamation which essentially freed all of the enslaved people.

Many theories abound regarding the late-arriving news but suffice it to say that when the news finally did arrive, there was a mixture of shock and jubilation. General Granger informed the authorities in no uncertain terms that freedom was now the law:

“The people of Texas are informed that in accordance with a Proclamation from the Executive of the United States, all slaves are free. This involves an absolute equality of rights and rights of property between former masters and slaves, and the connection heretofore existing between them becomes that between employer and hired laborer.”

How can we begin to imagine what this news, albeit delayed, must have meant for the enslaved people of Texas? For some, freedom meant finding loved ones in neighboring states, for others, I can imagine there was hesitation. Could this new law be trusted? Would I be safe leaving the boundaries of the plantation that I might have only ever known as my home? Could I trust the words of the General?  Where would I go, and how would I get there?

I wonder if this will become as celebrated as our beloved Fourth of July when European colonists of America sought, fought for, and gained their independence from England. How can we, as human beings, embrace and celebrate the right to human life, liberty, and the pursuit of happiness for all?

My answer to those questions is dialogue, conversation, and education through stories. Here are a few links to resources you might find interesting:

I’d like to wish everyone a happy and healthy summer. I hope you all find intellectual, physical,  and spiritual sustenance as we celebrate and rejoice in the many festivals that bring meaning and connection to our human existence.